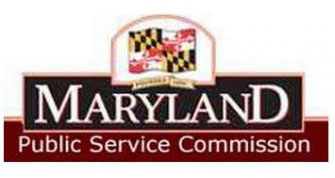 Washington, DC -  The National LGBT Chamber of Commerce (NGLCC), the business voice of the LGBT community, is proud to announce the Maryland Public Service Commission (PSC) has approved a policy to include NGLCC certified LGBT Business Enterprises (LGBTBEs) in contracting and procurement opportunities, as well as capacity-building and educational programs from small businesses throughout the state. For LGBT citizens of Maryland, this inclusive policy provides fair and equal access to contracting opportunities and economic development programs that drive innovation, create jobs, and promote economic growth throughout the region.

This policy makes Maryland’s PSC the largest network of regulated utility companies to intentionally include LGBT-owned businesses in municipal contracting and procurement opportunities on the East Coast, a best practice of the private sector and of an ever-growing number of states and municipalities.  Ths PSC now mirrors the California Public Utilities Commission, the first-ever public sector agency to intentionally include LGBTBEs in its supplier diversity initiatives.

“Thanks to the collaboration between NGLCC and our local affiliate chamber, the MDLGBTCC, LGBT entrepreneurs throughout Maryland will now have the opportunity to create jobs and develop innovations that benefit all who live there," said NGLCC Co-Founder & President Justin Nelson. “Maryland has a legacy of leadership in promoting inclusivity at every level of public life. Now, history has been made here with the PSC, and this victory for inclusivity has once again proved our core values that ‘diversity is good for business’ and that ‘if you can buy it, a certified LGBT-owned business can supply it.’ We are excited to see LGBTBEs in every field from construction to catering and everything in between help grow the economy of Maryland and beyond."

In 1910, the Maryland General Assembly established the Public Service Commission (PSC or Commission) to regulate public utilities and certain passenger transportation companies doing business in Maryland. The Commission regulates gas, electric, telephone, water, and sewage disposal companies, many of whom are already (or soon to become) Corporate Partners of the NGLCC.

“Increased competition benefits not only diverse contractors, but more importantly, Maryland’s utility ratepayers,” said Jason M. Stanek, Chairman of the Maryland Public Service Commission. “The Commission recognizes that the supplier diversity program is intended to expand opportunities for diverse businesses to participate in its initiatives—we are committed to fostering an environment that supports and encourages growth and success for Maryland businesses and that allows us to continue progress toward achievement of those goals.”

“We know this policy in Maryland will encourage more mayors, city councils, and statewide agencies like the PSC to proactively include the LGBT community for the optimum social and economic health of their cities. Collectively, LGBT-owned businesses contribute to the $1.7 trillion dollars that the LGBT business community puts into the national economy.  Progressive and inclusive leadership as we are seeing in Maryland and across the country will ensure greater access to the American Dream for every American,” said NGLCC Co-Founder & CEO Chance Mitchell.

This change was enacted thanks to the advocacy of NGLCC and its local affiliate chamber partner, the Maryland LGBT Chamber of Commerce. In 2018, NGLCC, in collaboration with the MDLGBTCC and advocacy leaders in Maryland, successfully won the inclusion of LGBTBEs in the City of Baltimore, the first city in the state to do so.

ABOUT NGLCC:
The National LGBT Chamber of Commerce (NGLCC) is the business voice of the LGBT community and is the largest global advocacy organization specifically dedicated to expanding economic opportunities and advancements for LGBT people. NGLCC is the exclusive certification body for LGBT-owned businesses, known as LGBT Business Enterprises (LGBTBEs). www.nglcc.org @nglcc